James Bacon Addis was awarded a medal at the Great exhibition in 1851. This was stamped on the tool see below. He went on to win medals in 1862, 1870 & 1871. He commonly stamped these dates on his chisels. This suggest this chisel was made between 1851 and 1862. The large lettering and fancy script also suggest early manufacture. See this article for a history of Addis tools Gary P. Laroff, old tools archive 2006 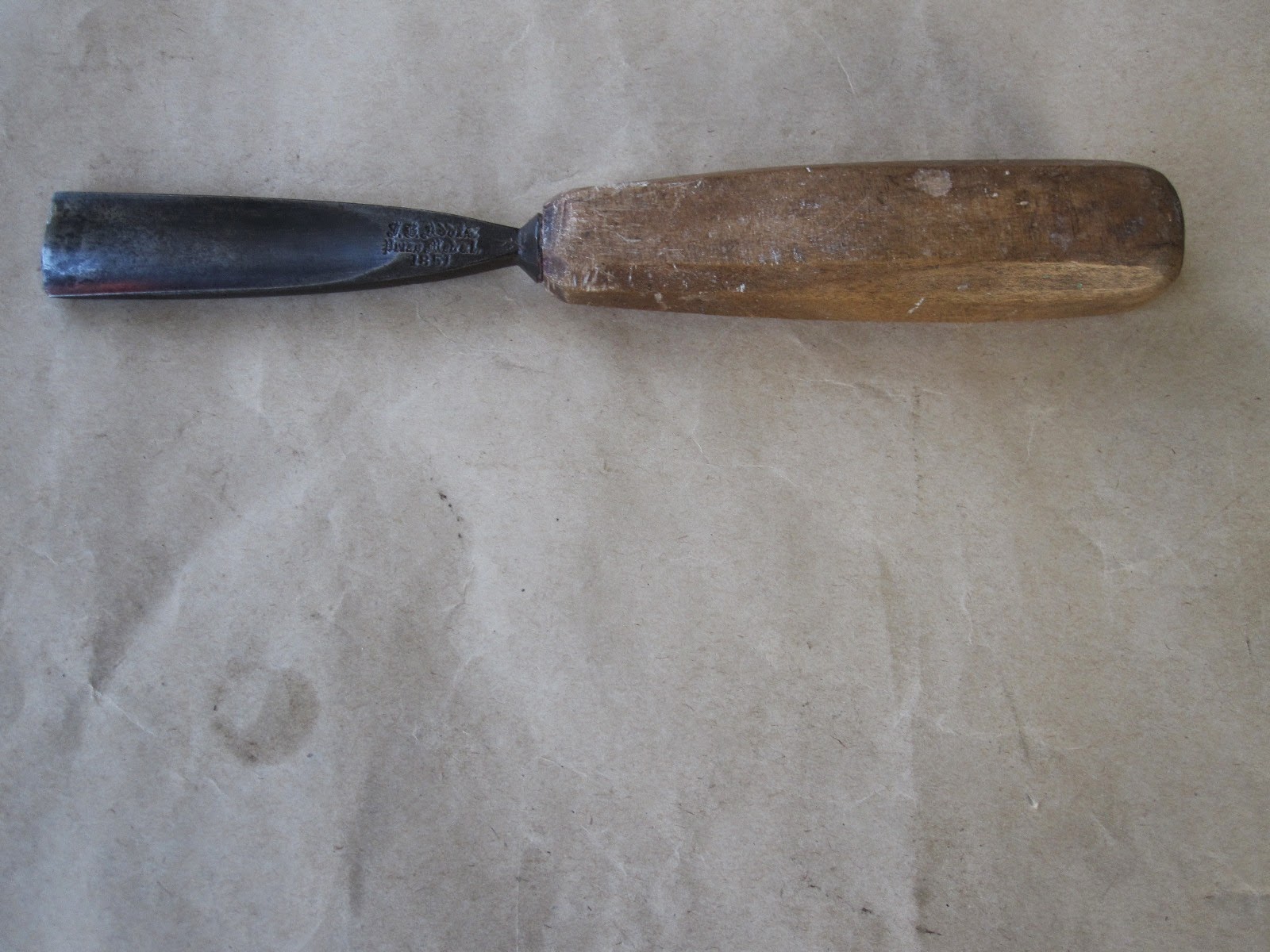 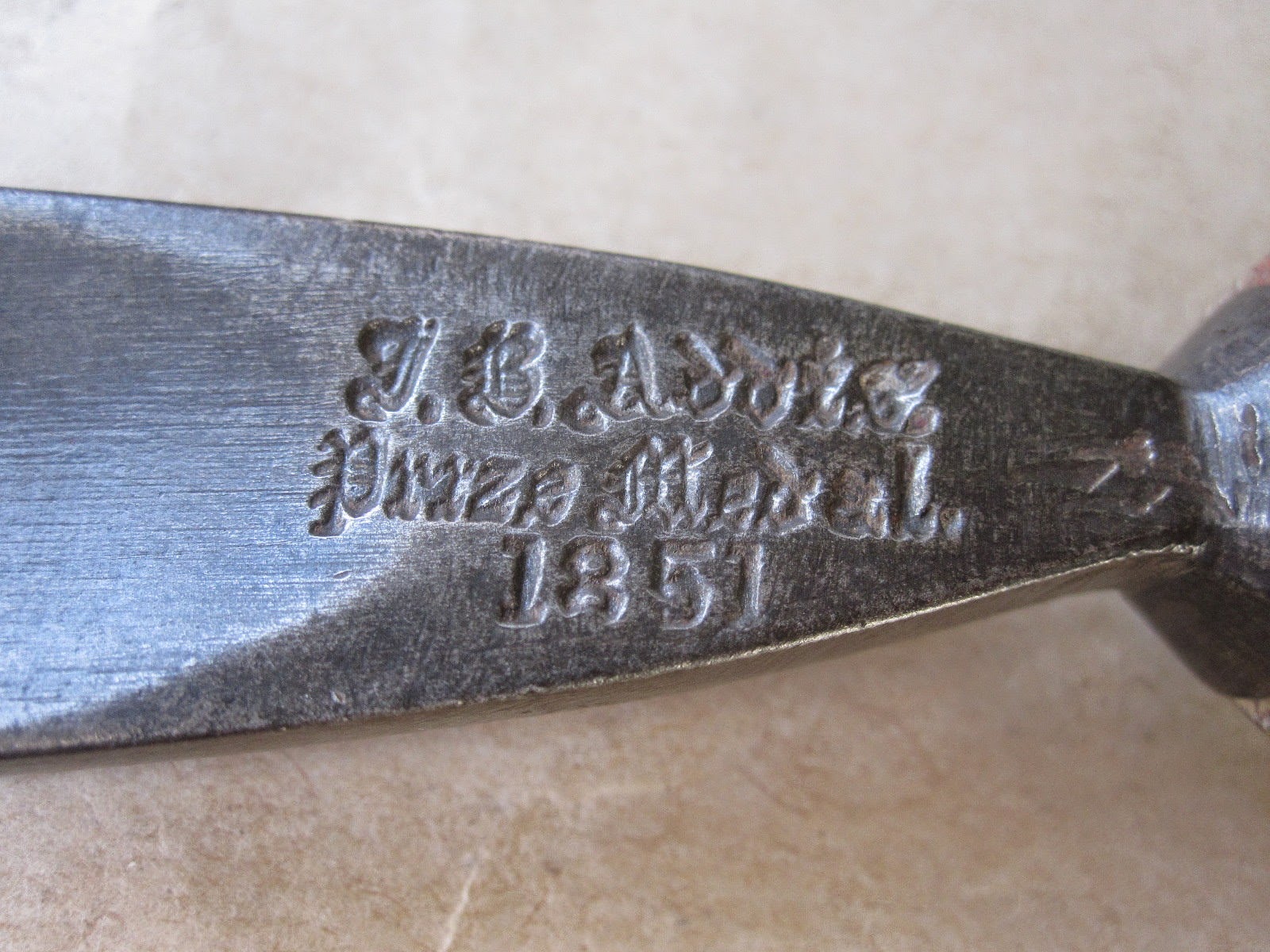 Provenance
I went for my regular look at the refuse recycling shop in town.
In a bin was a carving chisel, odd handle and I'm thinking Pfiel
carving chisel, quick grab, can't make out the name (combination
of poor light, poor eyesight and paint over the name stamp).
Put it together with a lot of other tools and paid for them feeling
very pleased with myself.

At home, a clean up and examination with magnifying glasses,
not Pfiel but Addis and quite different to the Ward & Payne
SJ Addis chisels I have.

Onto the net and found the article by Gary Laroff. Obviously
different to what has been described, so contacted Gary
Laroff and bingo. Very satisfying.

So that is the story behind the find. What is its likely history?

The Chisel would have been made in the 1850's. If it was made
after 1862 it would have been stamped 1862 for the next prize medal.
The 1850's was a time of early immigration into New Zealand.
(The founding treaty document was signed in 1840 with the Maori). It
probably came out to New Zealand in a sailing ship with a craftsman's
job lot of tools at this time.

It would then have been passed down in the family as one of Grandad's
tools. Eventually it ended up as on one of those loose tools in the
garage which got thrown into the recycling bin during a clean up.

Luckily it ended up in a recycling depot's shop
Posted by Barry at 11:31 PM