This is the Record Imp Vice, No 80 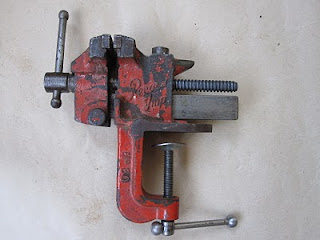 First reference "The "IMP" table vice first listed in Catalogue No. 12, 1933. Last listed in 1982." from http://www.recordhandplanes.com/rare.html
Second reference from http://www.ukworkshop.co.uk/forums/post266429.html
1959 edition of 'Planecraft' states
"The #80 "Imp" Vice is really a minature #74 vice, having 2 1/4" jaws and opening 2 1/2", and in no way must it be confused with either toys or cheap and unsatisfactory vices. It is sturdily and compactly made; the screw is accurately made with machine cut square thread, and there is a parallel grip which is free from any suggestion of looseness. The steel jaws are hardened and of high quality; there is a hardened anvil as in the #74 vice, but of smaller dimensions of course. The slide is of steel. Small tubes and rods can be gripped in the specially designed jaws, and can be bent in the tube bender. It is fastened to the bench with an exceptionally well designed and well-made clamp which is incorporated, which has a grip that is almost unbelievable until it is experienced. The vice weighs 4 1/4 lbs."

I have 2 versions of the Imp vice the maroon one on top and the red one on the bottom. The red one matches the 1959 planecraft description. The maroon one I think is an earlier model 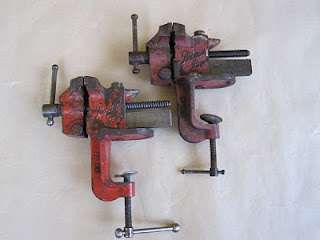 Close up of the maroon (early model) name 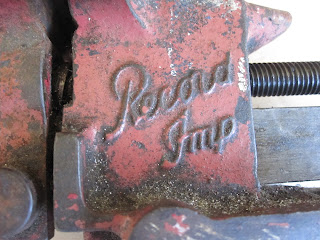 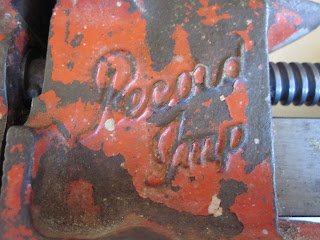 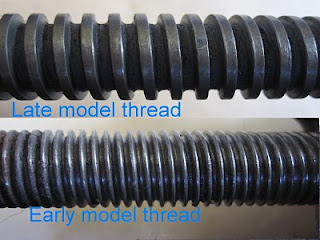 Next is the anvil knob, the early model has a groove around it, the late model is straight sided 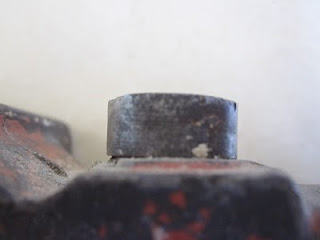 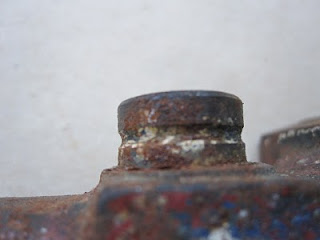 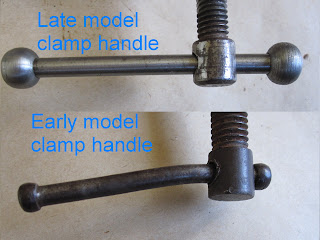 The colour schemes are also different, maroon for the early and red for the late model. 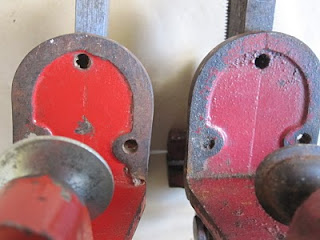 The clamp washer is oval shaped on the early model. The late model washer was not original as it had been replaced at some stage so it couldn't be compared. 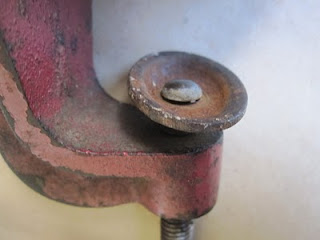 Other features are the same, the pipe bender 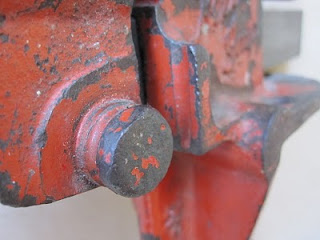 Anvil present on both 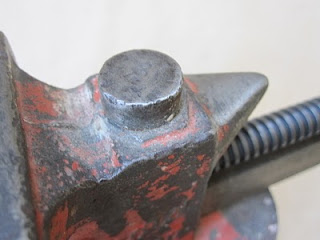 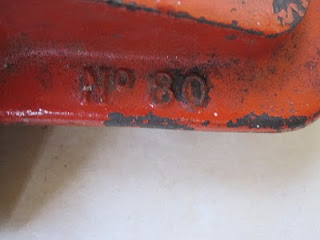 Both with "Made in England" 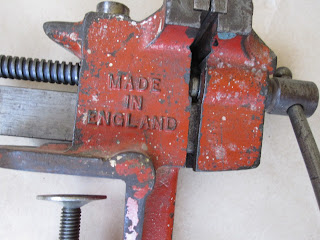 Conclusion
The maroon vice is most likely the early version with later improvments in design which were at least incorporated by 1959 but probably earlier than that.
Posted by Barry at 2:14 AM